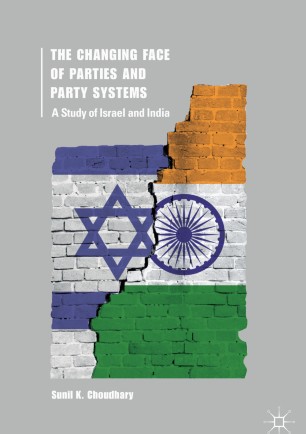 The Changing Face of Parties and Party Systems

A Study of Israel and India

This book focuses on the changes currently redefining parties and party systems in Israel and India with regard to parliamentary democracy, coalitional polity, electoral profiles and social diversity. It compares the nature of parties and party systems in Israel and India since their independence and documents how the societies, states and governments have undergone significant transformations during the long course of their existence.  In this regard, it also investigates the many significant similarities and glaring differences between India and Israel as two leading parliamentary democracies.

Characterizing the transition of two countries’ party systems as ‘a shift from predominance to pluralism’, the book underlines its impact on the societies, democracies and governance of the two parliamentary nations.

The book combines theoretical underpinnings with an empirical understanding of the subject matter, particularly the parties, leaders, state and government,

pursuing an interdisciplinary approach, which would appeal to a broad readership from academe and industry alike, and a valuable guide for students and scholars of Political Science, Public Administration, Sociology, Governance and Law.

Sunil K. Choudhary is a Professor of Political Science and Director, Developing Countries Research Centre at University of Delhi. He has an outstanding academic record and research publications. A post-doctoral fellow from Tel Aviv University, Israel and a Commonwealth Fellow at the University of Oxford, U.K., he has written extensively on contemporary issues which have not only been figured in various refereed national and international journals but have also been published as peer-reviewed books.  He has to his credit today 6 Books, 37 Research Papers and 83 Research Publications and Presentations. As an expert/examiner/editor, he has been associated with various premier institutions. He is the recipient of various national and international awards. He was honoured with the prestigious Global South Award, 2014 by the International Political Science Association [IPSA] in Montreal, Canada. This award is given to only one Social Science Scholar from amongst 155 nations fo

r making distinct research contributions in the countries of the Global South.