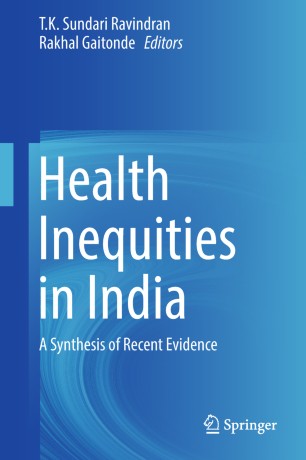 A Synthesis of Recent Evidence

This timely contribution to the global literature on health inequities approaches the subject through a synthesis and analysis of relevant published literature on India. Amongst the BRICS countries, India ranks the lowest in the gender-gap index and has the highest poverty rate, and there is clear evidence that socio-economic inequalities have increased in India in the twenty-first century. These have direct impact on the health conditions of its people; however, there has been relatively little concerted research attention on health inequities in India. This volume fills the gap by synthesizing research evidence since the year 2000 on the topic. This is perhaps the first volume on this topic of such scope and breadth. Its uniqueness lies in the synthesis of evidence across a range of axes of disadvantages within a single volume: socio-economic position, caste, gender, other socially constructed vulnerabilities such as disability, HIV status, migrant status; and health-system factors contributing to or mitigating inequities in health. Each core chapter not only summarizes research findings but also engages critically with the perspectives reflected in the chapters and proposes a framework for understanding the mechanisms through which health inequities result.

This volume highlights and addresses research gaps in both methodology and content, and is valuable to researchers and students of public health and allied health disciplines, including the social sciences, and also to policy makers and donors.