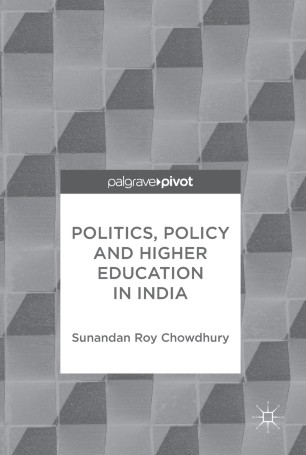 Considering the evolution of Indian higher education policy from British colonial rule to modern day India, this pivot examines key policy issues in fields as diverse as language, nationalism and economic development. Focusing on India’s relationship with the world at large and the state of class conflict in India’s universities, it assesses the country’s politics as they have impacted education policy, as well as the state of higher education and of universities in India. The book contends that India’s elite and power-stream have developed a higher education policy that has successfully catered to the creation and reproduction of a tiny economic elite which excludes the largest sections of higher education institutions and society. This skewed policy and its concomitant development has led to India remaining a pygmy nation when it comes to living standards or innovation in natural and social sciences. Through cutting edge interdisciplinary research, this pivot offers an insightful addition to the debate on higher education thinking, in India and further afield, across the realms of politics, policy and philosophy.

Sunandan Roy Chowdhury received his PhD in education from Delhi University in 2013. In 2002-03 he was a fellow of the Open Society Institute/Central European University (part of the Soros Foundation) in Budapest and he taught Asian Studies at Satakunta University, Finland from 2006 to 2011. Founding editor of Sampark Global Journal, he is currently a visiting professor at the Centre for Research in Education and Social Transformation, Kerala, India.

“This book provides a valuable perspective of observing higher education by putting it in a larger panoramic context of history, society and politics. In an effort to unveil the political ideas and policy thinking behind higher education policy, this book is insightful across the realms of politics, policy and philosophy.” (Junqing Zhai, Journal of Education Policy, January, 2019)
Buy options