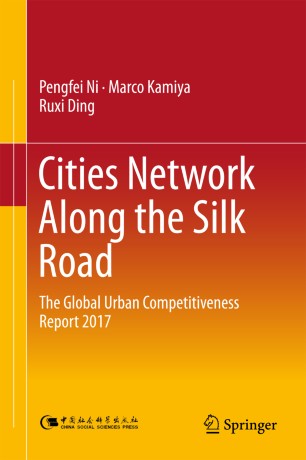 Cities Network Along the Silk Road

By empirically assessing the competitiveness of 505 cities around the world from regional, national and other perspectives, this book not only ranks these cities but also presents a treasure trove of information with regard to each city’s relative strengths and weaknesses.
This unique resource draws on a wealth of data sources, all of which are described and assessed, and involve urban economics, geography, regional economics and many other fields. Using a concise indexing system, sophisticated methodology, and extensive figures and tables, it provides a comprehensive analysis of global urban competitiveness in 2015.
Given the scope of its coverage, the book will be of great interest to readers such as local authorities, decision-makers and economic planners in cities throughout the world.

Prof. Pengfei Ni, a member of UrbaChina, is director of the Urban and Real Estate Economy Research Unit at the Chinese Academy of Social Sciences Institute of Finance and Trade Economics. He is chief editor of the Annual Report on China’s Urban Competitiveness, the Annual Report on Development of Housing Market in China and others. His main research fields are the theory and practice of urban economics, real-estate economics, spatial financial studies, and urban competitiveness. He has published over 10 papers in the Journal of International Affairs, Urban Study, China’s Social Sciences and Economic Studies. He received the highest Chinese economics award - The Sun Yefang economics Book Award – for the Annual Report on China’s Urban Competitiveness. His research is significant for China’s development and that of its cities and is a valuable resource for policy makers.