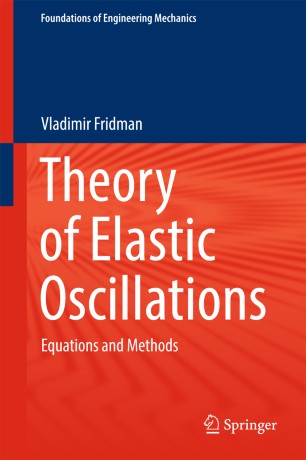 This book presents in detail an alternative approach to solving problems involving both linear and nonlinear oscillations of elastic distributed parameter systems. It includes the so-called variational, projection and iterative gradient methods, which, when applied to nonlinear problems, use the procedure of linearization of the original non-linear equations.

These methods are not universal and require a different solution for each problem or class of problems.However, in many cases the combination of the methods shown in this book leads to more efficient algorithms for solving important applied problems.To record these algorithms in a unified form, the first part of the book and its appendix devote considerable attention to compiling the general operator equations, which include (as particular cases) equations for vibrations in rods, plates, shells and three-dimensional bodies. They are mainly considered to be periodic or nearly periodic oscillations, which correspond to stationary or nearly stationary regimes of machinery operation. In turn, the second part of the book presents a number of solutions for selected applications.