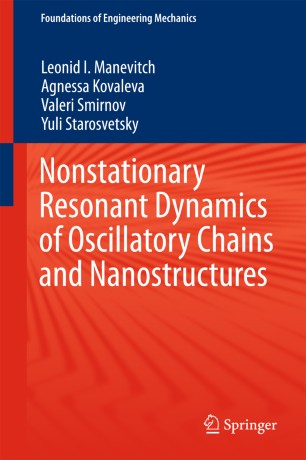 This book suggests a new common approach to the study of resonance energy transport based on the recently developed concept of Limiting Phase Trajectories (LPTs), presenting  applications of the approach to significant nonlinear problems from different fields of physics and mechanics. In order to highlight the novelty and perspectives of the developed approach, it places the LPT concept in the context of dynamical phenomena related to the energy transfer problems and applies the theory to numerous problems of practical importance. This approach leads to the conclusion that strongly nonstationary resonance processes in nonlinear oscillator arrays and nanostructures are characterized either by maximum possible energy exchange between the clusters of oscillators (coherence domains) or by maximum energy transfer from an external source of energy to the chain. The trajectories corresponding to these processes are referred to as LPTs. The development and the use of the LPTs concept are motivated by the fact that non-stationary processes in a broad variety of finite-dimensional physical models are beyond the well-known paradigm of nonlinear normal modes (NNMs), which is fully justified either for stationary processes or for nonstationary non-resonance processes described exactly or approximately by the combinations of the non-resonant normal modes. Thus, the role of LPTs in understanding and analyzing of intense resonance energy transfer is similar to the role of NNMs for the stationary processes. The book is a valuable resource for engineers needing to deal effectively with the problems arising in the fields of mechanical and physical applications, when the natural physical model is quite complicated. At the same time, the mathematical analysis means that it is of interest to researchers working on the theory and numerical investigation of nonlinear oscillations.