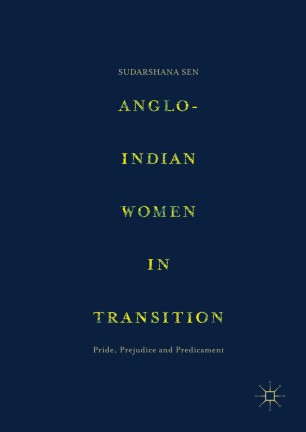 "A good projection of the multifarious forms of struggle of the Anglo-Indian women and also the sources of their strength."

The study considers two generations of Anglo-Indian women in post-colonial India, and their social interaction with their community. It explores Anglo-Indian women as part of a cultural whole and as participants in the mainstream cultural claims of India. It notably highlights the marginalisation of Anglo-Indian women in decision-making, focusing on the multiple patriarchal dominations they face, and how it impacts on their role within society. It argues that the historical gendering of the Anglo-Indian community has concrete consequences in terms of familial, cultural and organizational links with the diaspora, perceptions and attitudes of other Indian communities towards the Anglo-Indian community in schools, neighborhoods and workplaces and significant discriminations based on colour of skin, economic resources and conformity to gender stereotypes. Examining how different forms of race, class and gender discrimination intersect in the lives and experiences of Anglo-Indian women, this work provides insights into contemporary gender relations in India, and is a key read for scholars in gender and sociology, as well as minority and diaspora studies.