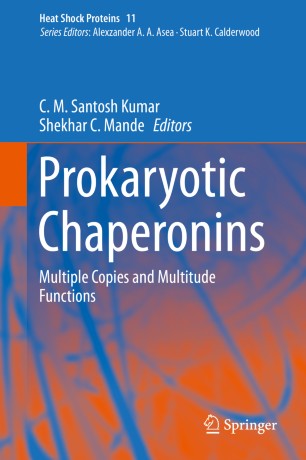 ​This book focuses on a topical and timely aspect of prokaryotic biology - the biology of prokaryotic multiple chaperonins. Chaperonins are a class of molecular chaperones, the proteins that assist folding of other proteins in the cell. The book begins with an introductory chapter on the structural and functional aspects of chaperonins, followed by an outline on different mechanisms of their regulation. Subsequently, the book provides a comprehensive overview on how the multiple-chaperonins have embraced biological requirements in different classes of microbes, discussing their functional diversity, evolutionary paths and the latest advances in the field.

It brings together leading experts from across the globe in offering a detailed account of the structural, biochemical, functional and phylogenetic characteristics of microbial chaperonins for students, researchers and teachers working in the area of microbiology/ biophysics/ parasitology – more specifically, in protein folding pathways.