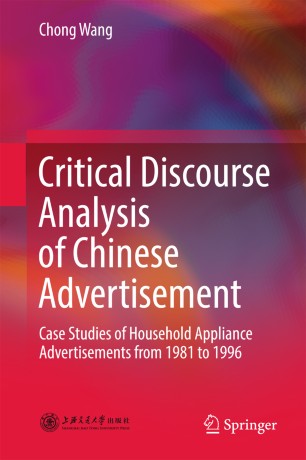 Case Studies of Household Appliance Advertisements from 1981 to 1996

This book reflects the chronological changes in Chinese cultural values, social relations, economy and politics by critically analyzing the Chinese advertising discourse. The work is based on research into the ideological values portrayed in Chinese household appliance advertisements in the 1980s – 1990s. The analytical framework covers a variety of methods: critical discourse analysis, chronological analysis, visual and verbal analysis, and qualitative and quantitative analysis.
The findings suggest that ideological values consciously or unconsciously manifested by the visual and verbal devices in the Chinese advertisements moved in a pattern from simplicity to diversity, from being politically-oriented to being economically and profit-oriented, from conservatism to globalization and westernization, in keeping with the progression of the Chinese economic reform. The findings further indicate that the ideological values in the Chinese household appliance advertisements are embedded in the advertising language and illustrations. Lastly, the work reveals the reality of Chinese politics, economy and society at a time when China experienced the growth of the market economy and evolution of Chinese mainstream ideologies, and demonstrates the impacts of these changes on the ideological meanings in advertisements. This book will help readers discover the more profound meanings behind the superficial content of Chinese advertisements.