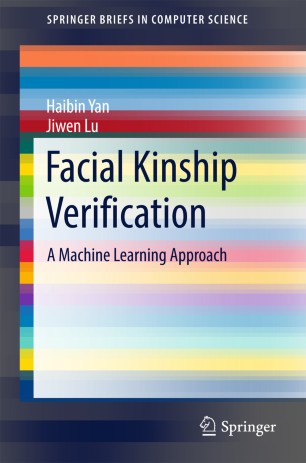 Many of the feature-learning and metric-learning methods presented in this book can also be easily applied for other face analysis tasks, e.g., face recognition, facial expression recognition, facial age estimation and gender classification. Further, it is a valuable resource for researchers working on other computer vision and pattern recognition topics such as feature-learning-based and metric-learning-based visual analysis.

Dr. Haibin Yan received her B.Eng. and M.Eng. degrees from the Xi'an University of Technology, Xi'an, China, in 2004 and 2007, and her Ph.D. degree from the National University of Singapore in 2013, all in mechanical engineering. She is currently an assistant professor at the School of Automation, Beijing University of Posts and Telecommunications, China. From October 2013 to July 2015, she was a research fellow at the Department of Mechanical Engineering, National University of Singapore, Singapore. Her research interests include pattern recognition and robotic vision. She has published more than 20 papers in major journals, such as the IEEE Transactions on Cybernetics, the IEEE Transactions on Information Forensics and Security, and Image and Vision Computing. Her research on facial kinship verification was funded by the National Science Foundation of China in 2016.

Dr. Jiwen Lu received his B.Eng. degree in mechanical engineering and M.Eng. degree in electrical engineering from the Xi'an University of Technology, Xi'an, China, and his Ph.D. degree in electrical engineering from the Nanyang Technological University, Singapore, in 2003, 2006, and 2012, respectively. He is currently an associate professor at the Department of Automation, Tsinghua University, Beijing, China. From March 2011 to November 2015, he was a research scientist at the Advanced Digital Sciences Center, Singapore. His research interests include computer vision, pattern recognition, and machine learning. He has authored/co-authored over 140 scientific papers in these areas, 38 of which were IEEE Transactions papers. He serves/has served as an associate editor of Pattern Recognition Letters, Neurocomputing, and IEEE Access; a managing guest editor of Pattern Recognition and Image and Vision Computing, a guest editor of Computer Vision and Image Understanding, and an elected member of the Information Forensics and Security Technical Committee of the IEEE Signal Processing Society. He is/was a workshop chair/special session chair/area chair for more than 10 international conferences. He was a recipient of the National 1000 Young Talents Plan Program in 2015.