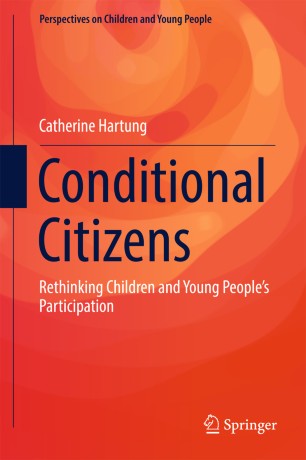 Part of the Perspectives on Children and Young People book series (PCYP, volume 5)

This book challenges readers to recognise the conditions that underpin popular approaches to children and young people’s participation, as well as the key processes and institutions that have enabled its rise as a global force of social change in new times. The book draws on the vast international literature, as well as interviews with key practitioners, policy-makers, activists, delegates and academics from Japan, South Africa, Brazil, Nicaragua, Australia, the United Kingdom, Finland, the United States and Italy to examine the emergence of the young citizen as a key global priority in the work of the UN, NGOs, government and academia. In so doing, the book engages contemporary and interdisciplinary debates around citizenship, rights, childhood and youth to examine the complex conditions through which children and young people are governed and invited to govern themselves.The book argues that much of what is considered ‘children and young people’s participation’ today is part of a wider neoliberal project that emphasises an ideal young citizen who is responsible and rational while simultaneously downplaying the role of systemic inequality and potentially reinforcing rather than overcoming children and young people’s subjugation. Yet the book also moves beyond mere critique and offers suggestive ways to broaden our understanding of children and young people’s participation by drawing on 15 international examples of empirical research from around the world, including the Philippines, Bangladesh, the United Kingdom, North America, Finland, South Africa, Australia and Latin America. These examples provoke practitioners, policy-makers and academics to think differently about children and young people and the possibilities for their participatory citizenship beyond that which serves the political agendas of dominant interest groups.