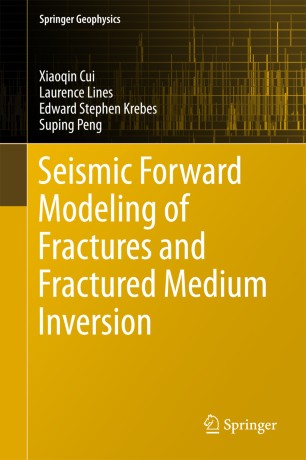 Xiaoqin Cui received BSc (1998) and MSc (2005) degrees in geophysics in China and a Ph.D. in geophysics from the University of Calgary (2015) in Canada. Her industrial career included 10 years in China and 7 years in Canada as a senior geophysical seismic data processor and seismic interpreter. Her research interests currently are in seismic forward modeling and seismic inversion.

Suping Peng received a PhD from Beijing Graduate School of China University of Mining in 1988. He currently is the Distinguished Professor of geology and geophysics at China University of Mining and Technology, director of National Coal Resources and Safe Mining Laboratory and academician of the China Academy of Engineering (CAE). In his career, he was Member of the Advisory Committee of Experts of the National Energy Board of China, Member of the Key Basic Research of the Ministry of Science and Technology of China, Consultant from China of the World Resources Institute, Member of the International Committee for Energy.