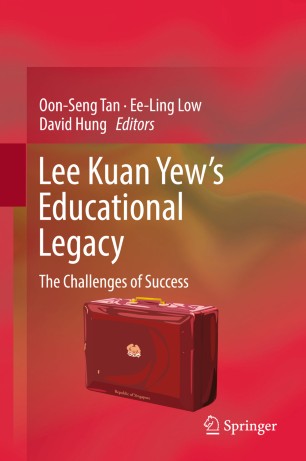 The Challenges of Success

The late Mr Lee Kuan Yew (1923–2015) laid the foundations for the creation of a first-world education system in Singapore. Like many other issues concerning the country, his ideas for education were transported in a red box, which he took with him wherever he went, even up to his last days. Inside it was always something designed to help create a better life for all Singaporeans.
The editors of this volume were inspired by the idea of Mr Lee’s red box and by the Founding Father’s selfless drive to continuously improve the country he loved. As such, the book explores in detail Mr Lee’s plans, including chapters on Education: The Man and His Ideas; Foundational Pillars of Singapore’s Education; Education for Nationhood and Nation-Building; and 21st Century Readiness and Adaptability. The chapters also include the authors’ visions, no matter how great or small, for the future of education in Singapore. They explore how Mr Lee’s educational policies resulted in a system that attracts the right and best candidates to become teachers; that forms them into effective teachers, specialists and leaders; that ensures they and the education system are able to deliver the best possible learning for every child; and that establishes a legacy that has allowed the education system to continue to move forward while tackling the challenges of its success.
From the little red box came the ideas that led to the country’s meteoric rise. Likewise, the editors hope this book will lead to a brighter future in education.

Professor TAN Oon-Seng is Director of NIE. He was Dean of Teacher Education at NIE where he spearheaded the Teacher Education for the 21st Century (TE21) Model, which is a major milestone for teacher education both nationally and internationally; President of the Asia-Pacific Educational Research Association (2008–2010); and Vice-President (Asia and Pacific Rim) of the International Association for Cognitive Education and Psychology (2008–2011). He is Editor-in-Chief of the Educational Research for Policy & Practice journal and Lead Editor of the Asia Pacific Journal of Education. In 2014, he was awarded the Public Administration Medal (Silver) by Singapore’s President for his dedication and achievement in the field of education.

Professor LOW Ee-Ling is Head of Strategic Planning & Academic Quality at NIE. She is Professor at the English Language & Literature Academic Group and was Associate Dean of Teacher Education (2009–2013). She obtained her PhD in Linguistics (Acoustic Phonetics) from University of Cambridge under its Overseas Graduate Scholarship. She won Fulbright Advanced Research Scholarship in 2008 which she spent at Lynch School of Education. She had a leading role in the TE21 Model and NIE’s Strategic Roadmap: Towards 2017. In 2012, she was awarded the Public Administration Medal (Bronze) by Singapore’s President. She represents Singapore in Stanford University’s International Teacher Policy Study and Harvard Graduate School of Education’s Global Education Innovation Initiative.

Professor David Hung is Associate Dean at the Office of Education Research and Head of the eduLab initiative at NIE. In 2004, he initiated the set-up of the Learning Sciences Laboratory to engage in school-based interventions with the view to changing pedagogy and practice. Grounded in the socio-cultural and cultural-historical traditions, Prof Hung’s interest lies in designing students’ learning in both formal and informal contexts to maximise learner potential. Another significant part of his present work concerns the translation and dissemination of educational innovations, which the eduLab initiative seeks to advance. He is presently serving as a Contributing Editor for Educational Technology, Editor for Learning: Research and Practice, and as an International Advisory Board member for Asia Pacific Education Researcher.