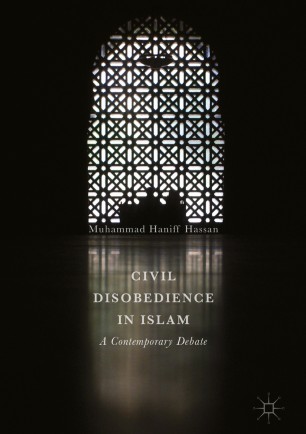 This book addresses contemporary debates on civil disobedience in Islam within the rich Sunni tradition, especially during the height of the non‐violent people revolution in various Arab countries, popularly known as the Arab Spring. It illustrates the Islamic theological and jurisprudential arguments presented by those who either permit or prohibit acts of civil disobedience for the purpose of changing government, political systems or policy. The book analyses the nature of the debate and considers how a theological position on civil disobedience should be formulated in contemporary time, and makes the case for alternatives to violent political action such as jihadism, terrorism and armed rebellion.

Muhammad Haniff Hassan is a Research Fellow at the S. Rajaratnam School of International Studies, Nanyang Technological University, Singapore. His research interests focus on jihad, jihadism, ideology of Muslim radical groups, Islamism, wasatiyah, and contemporary Islamic jurisprudence. He has published twelve volumes in his name, co‐authored a monograph and helped publish two volumes for Association of Islamic Religious Teachers and Scholars of Singapore PERGAS and the Islamic Religious Council of Singapore. His most recent book is The Father of Jihad: Abd Allah Azzam’s Jihad Ideas and Implications to National Security (2014).