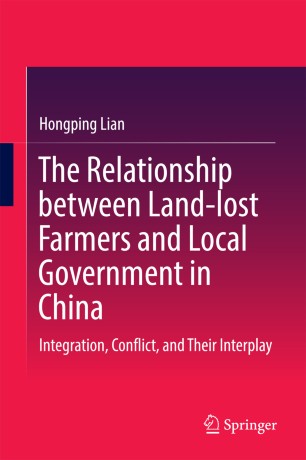 The Relationship between Land-lost Farmers and Local Government in China

Integration, Conflict, and Their Interplay

The study is set against the backdrop of the urbanization trend in present-day China, and focuses on the relationship between farmers who have lost their land (“land-lost farmers”) and local government. Particularly, it applies the extended case method to answer the following two questions: first, in what ways do the forces of integration and conflict manifest themselves in the relationship between land-lost farmers and local government? Second, how do land-lost farmers and local government apply respective modalities in the context of their interplay? The main finding is that the two groups, land-lost farmers and officials, are engaged in a complex and dynamic relationship. That relationship is played out locally within a network of power-interest structures, which not only manifests itself as forces of integration and conflict, but also as an ongoing process, a game played by knowledgeable agents, whose strategies are enacted, and in so doing, both reproduce that game and alter it. Readers will gain an ethnographic understanding of the relationship based on an in-depth examination of perspectives on both sides of the equation.

Hongping Lian is an Associate Professor and Vice Director of the MPA Program at Beijing Normal University’s School of Government, as well as Vice Dean of the University’s Academy of Government. She received her PhD from the University of Aberdeen, UK, and pursued postdoctoral research at the Department of Policy, City University of Hong Kong. Her primary areas of scholarship are political sociology and land policy. She has co-published a monograph – The China Well-Being (Minsheng) Development Report (2012) – in English, and has published over 10 articles in key journals such as World Development and Journal of Youth Studies. She has been involved in several projects, including one National Social Science Project. Several annual research reports she has spearheaded have received considerable attention from national leaders including Premier Li Keqiang.