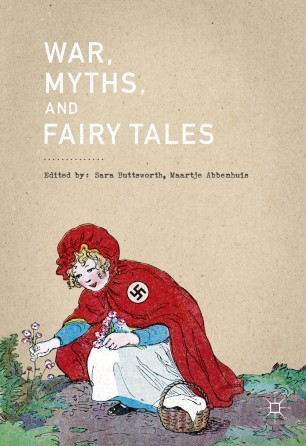 This exciting new collection examines the relationships between warfare, myths and fairy tales, and explores the connections and contradictions between the narratives of war and magic that dominate the ways in which people live and have lived, survived, considered and described their world. Presenting original contributions and critical reflections that explore fairy tales, fantasy and wars, be they ‘real’ or imagined, past or present, this book looks at creative works in popular culture, stories of resistance, the history and representation of global and local conflicts, the Holocaust, across multiple media. It offers a timely and important overview of the latest research in the field, including contributions from academics, story-tellers and artists, thereby transcending the traditional boundaries of the disciplines, extending the parameters of war studies beyond the battlefield.

“This volume provides so many valuable and diverse resources about literature, film, and storytelling, particularly that which responds to World War II, that it will be a significant addition to any academic library. Moreover, the volume suggests possibilities for productive dialogue among scholars of children’s literature, film, and literature from around the world.” (Felicia Jean Steele, Mythlore, Vol. 38 (1), 2019)
Buy options