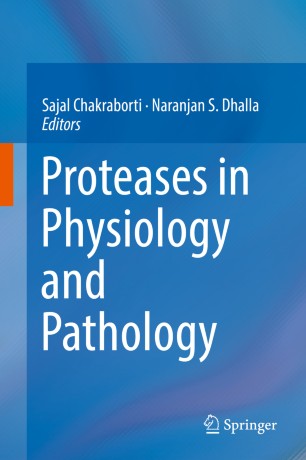 Proteases in Physiology and Pathology

Using a multidisciplinary approach, this book describes the biochemical mechanisms associated with dysregulation of proteases and the resulting pathophysiological consequences. It highlights the role and regulation of different types of proteases as well as their synthetic and endogenous inhibitors. The role of proteases was initially thought to be limited to general metabolic digestion. However, we now know that the role of protein breakdown is much more complex, and proteases have multiple functions: they are coupled to turnover and can affect protein composition, function and synthesis. In addition to eliminating abnormal proteins, breakdown has many modulatory functions, including activating and inactivating enzymes, modulating membrane function, altering receptor channel properties, affecting transcription and cell cycles and forming active peptides. The ubiquity of proteases in nature makes them an important target for drug development.

This in-depth, comprehensive is a valuable resource for researchers involved in identifying new targets for drug development. With its multidisciplinary scope, it bridges the gap between fundamental and translational research in the biomedical and pharmaceutical industries, making it thought-provoking reading for scientists in the field.

Dr. Sajal Chakraborti is a senior Professor of Biochemistry at the University of Kalyani, West Bengal, India. His research covers the role of proteases in regulating pulmonary vascular tone under oxidant and calcium signaling phenomena. He has been engaged in teaching and research in biochemistry for the past 40 years.

Dr. Naranjan S Dhalla is a distinguished Professor at the University of Manitoba, Winnipeg, Canada. His expertise includes the subcellular and molecular basis of heart function in health and disease. He has been engaged in multidisciplinary research and education for promoting the scientific basis of cardiology, as well as training of professional manpower for combating heart disease for over 45 years.