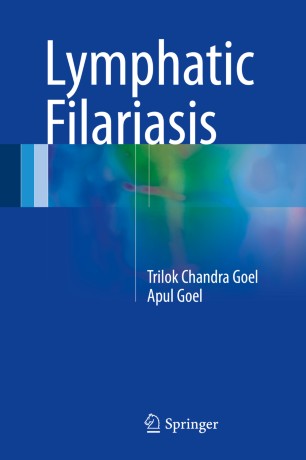 This book provides up-to-date information on lymphatic filariasis supported with abundant images, tables and algorithms. It is a first such monograph on a disease that has varied presentations which are complete clinical entities, such as chyluria, hydrocele, elephantiasis, etc.
This book consists of three parts, parasitology, acute clinical manifestations and chronic presentations of the disease.
Approximately 120 million people are infected with lymphatic filariasis in tropical and subtropical countries. About a third of these suffer clinical consequences of this infection, and many are seriously disfigured. India, Indonesia and Nigeria are the most endemic countries in the world. In spite of Global Control Program of WHO, filariasis continues to be a significant medical challenge and current efforts underway will take a long time to bring it under control.
Lymphatic Filariasis is meant for general surgeons, physicians, urologists and plastic surgeons, including the postgraduate students. Useful for epidemiologists, internists, and those involved in filariasis prevention programs.

After graduating from King George’s Medical College (India) with distinction, Dr. Trilok Chandra Goel completed his training in Surgery 1965 with the award of best surgical postgraduate of the year. He has been teaching since 1966, and was appointed as Professor Emeritus of Surgery by King George’s Medical University, India, in 2015. On the occasion of Teacher's Day (2014), Dr. Goel was honored with the first “Lifetime Achievement Award” by King George's Medical University. He has published more than 60 research papers and 11 books.
Dr. Apul Goel finished his graduate training (MBBS) in 1989 from King George's Medical College, Lucknow, India, with honors in surgery, medicine and forensic medicine. He completed his post-graduation in surgery (MS) from the same college in 1993. After his specialization in urology (MCh) from All India Institute of Medical Sciences, New Delhi, he joined King George’s Medical University where he is currently working as professor in the department of urology. He had more than 150 publications to his credit, and is an associate editor of Indian Journal of Urology. He has contributed eight chapters in three medical books and has co-authored four medical books including one Textbook of Surgery in Hindi. He is a reviewer for many prestigious medical Journals.