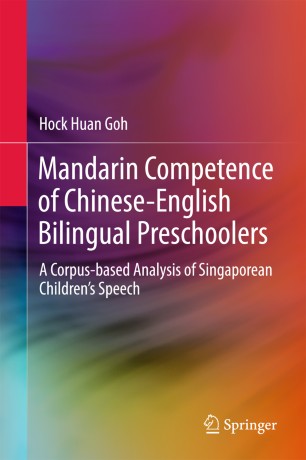 This book provides readers with a detailed sketch of the Mandarin competence of Chinese children in Singapore from different home language backgrounds. Their Mandarin competence is defined in terms of lexical diversity, syntactic complexity and code-switching tendency. The findings presented show that there are statistical differences in lexical diversity and syntactic complexity among the compared groups of children, and these differences in linguistic competence were found to be positively correlated to increased Mandarin exposure at home. They also demonstrate that there are statistical differences in code-switching tendency among the groups of children compared, which were found to be negatively correlated to increased exposure to Mandarin at home. A general relationship between home language exposure and Mandarin competence was established, although this relationship was found to be volatile, especially among children who are more bilingually exposed. This book shares these findings with linguists, language educators, and language policymakers, both local and international.

Hock Huan, GOH is currently Research Counselor to the Directors' Office and a Research Scientist at the Singapore Centre for Chinese Language (SCCL). He obtained his doctorate in education from Nanyang Technological University (NTU), Singapore. He began his career in educational research in 2004 and his interests include Chinese language education in multi/bilingual contexts, child Mandarin competence and classroom discourse. At the SCCL he has led three ministry-funded projects, which involved constructing specialised written and spoken corpura for Chinese language education, and evaluation of Chinese language curriculum implementation. Despite being partially visual impaired, he has published with his research team a series on everyday Chinese used by Singapore students. He has also published more than 10 co-authored articles and over 20 paper presentations. Recently, he has co-contributed a book chapter on code-switching in “Teaching Chinese Language in Singapore: Retrospect and Challenge” also published by Springer.