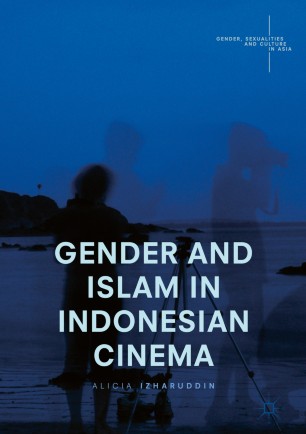 Gender and Islam in Indonesian Cinema

Part of the Gender, Sexualities and Culture in Asia book series (GSCA)

This book presents a historical overview of the Indonesian ﬁlm industry, the relationship between censorship and representation, and the rise of women ﬁlmmakers in the post-New Order period. It considers scholarship on gender in Indonesian cinema through the lens of power relations. Examining key themes such as nationalism, women's rights, polygamy, and terrorism which have preoccupied local filmmakers for decades, it resonates with the socio-political changes and upheavals in Indonesia’s modern history and projects images of the nation through the debates on gender and Islam. The text also sheds light on broader debates and questions about contemporary Islam and gender construction in contemporary Indonesia, and addresses the specific issue of Anglo-European born Muslim women who are being radicalized by Daish social media, through the analysis of films such as 'Mata Tertutup' (Closed Eyes) about a young woman's transformation into a suicide bomber. Offering cutting edge accounts of the use of Islamic cinema and mass media, this new book considers gendered dimensions of Islamic media usage which further enrich the representations of the 'religious' and the 'Islamic' in the everyday lives of Muslims in South East Asia.