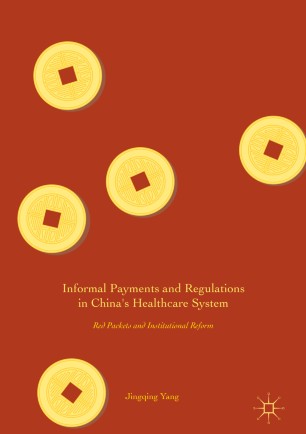 This text addresses the key issue of informal payments, or ‘red packets’, in the Chinese Healthcare system. It considers how transactions take place at the clinical level as well as their regulation. Analysing the practice from the perspectives of institutions and power structure, it examines how institutional changes in the pre-reform and reform era have changed the power structure between medical professions, patients and the Party-state, and how these changes have given rise and perpetuate the practice. Drawing from qualitative data from interviews of medical professionals, the author recognises the medical profession as a major player in the health care system and presents their perception of the practice as the taker of ‘red packets’ and their interactions with the patient and the state surrounding the illegal practice in an authoritarian power structure. The books considers the institutional reasons that motivate doctors to take, patients to give, and the government to "tolerate" red packets, arguing that the bureaucratization of the medical profession, society of acquaintances and shortage of quality of medical services jointly create an institutional setting that has given rise to these informal payments. Contributing to a rounded understanding of the problems of healthcare reform in China, this book is a key read for all scholars interested in the issue of informal payments and healthcare politics in transition economies.