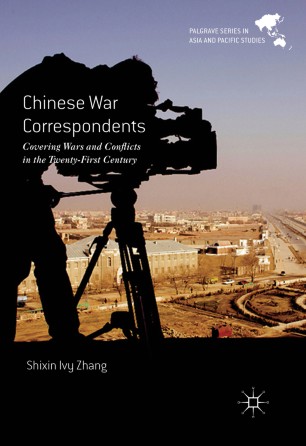 Covering Wars and Conflicts in the Twenty-First Century

This book engages with the Chinese mediation of wars and conflicts in the global environment. Proposing a new cascading media and conflict model, it applies this to the study of war correspondents from six levels: media-policy relations, journalistic objectivity, role perceptions, news framing and peace/war journalism, news practices, and audience.
Based on interviews with 23 Chinese journalists and case study analysis of the Libyan War, Syrian War, Afghanistan War and Palestinian-Israelis Conflict, the book demonstrates that a new breed of Chinese war correspondents has emerged today. Neither traditionally Chinese in their approach nor western in their perceptions, they are uniquely pragmatic in negotiating their roles in a complex web of internal and external actors and factors. The core ideology seems to be anti-West in defiance of the US hegemony and the bias of global media as well as neutral-Muslims.
Exploring the role perceptions, values, norms and practices of contemporary Chinese war correspondents who go outside China to bring the ‘distant culture’ back home, this text is key reading for scholars and students in international journalism, international communication, war and peace studies, international relations and Chinese studies.