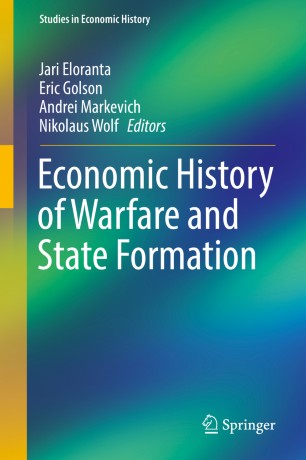 This edited volume represents the latest research on intersections of war, state formation, and political economy, i.e., how conflicts have affected short- and long-run development of economies and the formation (or destruction) of states and their political economies. The contributors come from different fields of social and human sciencies, all featuring an interdisciplinary approach to the study of societal development. The types of big issues analyzed in this volume include the formation of European and non-European states in the early modern and modern period, the emergence of various forms of states and eventually modern democracies with extensive welfare states, the violent upheavals that influenced these processes, the persistence of dictatorships and non-democratic forms of government, and the arrival of total war and its consequences, especially in the context of twentieth-century world wars. One of the key themes is the dichotomy between democracies and dictatorships; namely, what were the origins of their emergence and evolution, why did some revolutions succeed and other fail, and why did democracies, on the whole, emerge victorious in the twentieth-century age of total wars? The contributions in this book are written with academic and non-academic audiences in mind, and both will find the broad themes discussed in this volume intuitive and useful.