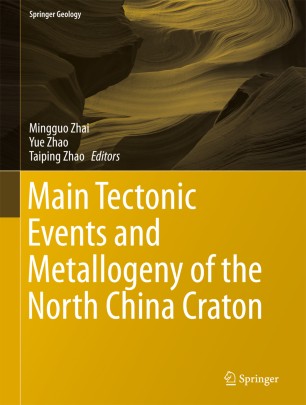 Main Tectonic Events and Metallogeny of the North China Craton

Yue Zhao is a Research Professor and Vice-Director of the Institute of Geomechanics, Chinese Academy of Geological Sciences, Beijing. He earned a bachelor's degree in geology from Changchun College of Geology in 1982 and a MS degree in structural geology and tectonics from the Chinese Academy of Geological Sciences in 1986. His research interests include structural and tectonic evolution of East Asian and the East Antractica. He firstly propopsed that the Jurassic deformations in northern North China Craton is related to geotectonics transition from Paleoasian system and Paleotethyan system to Paleopacific active continental margin of eastern Asia. He is also the first one explained the meaning of the Pan-African events in Prydz Bay, East Antarctica and its inference on East Gondwana tectonics.

Taiping Zhao is a Research Professor at the Guangzhou Institute of Geochemistry, Chinese Academy of Sciences. His research interests include magmatism and related ore-forming processes. He has been focused on the study of the igneous rocks and related ore deposits in North China Craton and East Qinling-Dabie orogenic belt in the last two decades. His current researches mainly consist of two aspects, major Precambrian geological events and related ore-forming processes on the southern margin of the North China craton, and the petrogenesis and tectonic settings of the Mesozoic granitoids and metallogeny of the associated Mo-Au-Ag-Pb-Zn ore-deposits on the southern margin of the North China Craton.