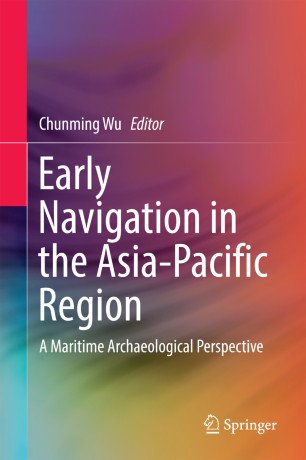 Early Navigation in the Asia-Pacific Region

This book presents the proceedings of the international academic workshop on “Early Navigation in the Asia-Pacific Region: A Maritime Archaeological Perspective” held from June 21-23, 2013 at Harvard University campus and organized by Harvard-Yenching Institute. It includes high-quality papers focusing on the historical shipwrecks investigated by underwater archaeologists from Eastern Asian, including southern China, Vietnam, Thailand, the Philippines, Indonesia and Malaysia, and North America, including California, Oregon and Washington in the US, as well as Mexico. These investigations reveal the history of the early pan-Pacific navigation and maritime globalization from the 16th to the 18th century, covering the background and formation, concept and practice, as well as the results and influence of this early globalization and global economy, emphasizing the maritime archaeological evidence of Spanish exploration of transportation between East Asia and North America. The book provides an excellent opportunity for maritime archaeologists from both sides of the Pacific to share the latest findings and new developments in maritime archaeological exploration. It discusses 16-18th century nautical trade and maritime cultural history and provides a comprehensive overview of research work in the Asia-Pacific region.

Chunming Wu, B.A. and M.A. of Archaeology and PhD. of Chinese History in Xiamen University, professor and director of Center for Maritime Archaeology of Xiamen University. Dr. Wu was a visiting scholarship of American Council of Learned Society & Luce Foundation at Anthropology Department of University of Hawaii at Manoa, and visiting scholarship of Harvard Yenching Institute, Harvard University. He works on China maritime archaeology, prehistoric archaeology and early aboriginal ethno- history of southeast China and southeast Asia. He published more than 10 books as Archaeological Research to the History and Cultures of Prehistoric Aboriginals in Southeast China (1999), Archaeological Research toCapitalof Min-YueKingdomof Han Dynasty(1998), The Shipwreck Archaeology in Seas Surrounding China (2003), Maritime Archaeology (2007), The Maritime Cultural Interaction between Indigenous Yue and Austronesian (2012) and more than 150 academic papers.

“This volume collects 13 essays from a 2013 conference, all centered on the results of underwater archaeology around the Pacific Rim. … The great strength of the volume lies in presenting together in English some of the most advanced research being done across the world … . Summing Up: Recommended. Faculty and specialists only.” (B. T. Vivier, Choice, Vol. 55 (2), October, 2017)
Buy options