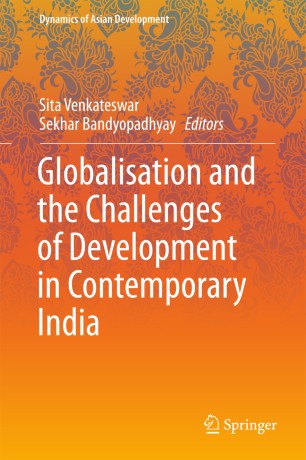 Globalisation and the Challenges of Development in Contemporary India

This volume brings together multidisciplinary, situated and nuanced analyses of contingent issues framing a rapidly changing India in the 21st century. It moves beyond the ready dichotomies that are often extended to understand India as a series of contrasts and offers new insights into the complex realities of India today, thereby enabling us to anticipate the decades to come.

The editors focus on three major themes, each discussed in a section: The first section, Framing the Macro-Economic Environment, defines the framework for interrogating globalisation and socio-economic changes in India over the last few decades of the 20th century spiraling into India in the 21st century. The next section, Food Security and Natural Resources, highlights critical considerations involved in feeding a burgeoning population. The discussions pose important questions in relation to the resilience of both people and planet confronting increasingly unpredictable climate-induced scenarios. The final section, Development, Activism and Changing Technologies, discusses some of the social challenges of contemporary India through the lens of inequalities and emergent activisms. The section concludes with an elaboration of the potential and promise of changing technologies and new social media to build an informed and active citizenry across existing social divides.