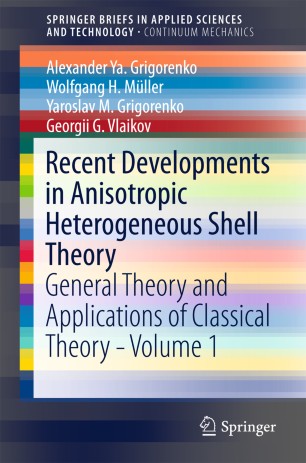 This volume focuses on the relevant general theory and presents some first applications, namely those based on classical shell theory. After a brief introduction, during which the history and state-of-the-art are discussed, the first chapter presents the mechanics of anisotropic heterogeneous shells, covering all relevant assumptions and the basic relations of 3D elasticity, classical and refined shell models. The second chapter examines the numerical techniques that are used, namely discrete orthogonalization, spline-collocation and Fourier series, while the third highlights applications based on classical theory, in particular, the stress-strain state of shallow shells, non-circular shells, shells of revolution, and free vibrations of conical shells. The book concludes with a summary and an outlook bridging the gap to the second volume.