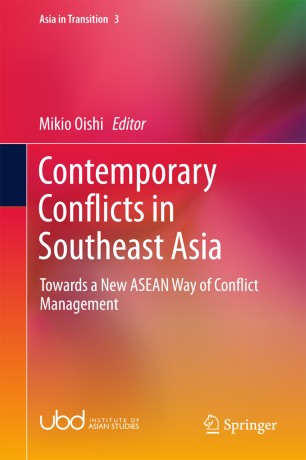 Towards a New ASEAN Way of Conflict Management

Part of the Asia in Transition book series (AT, volume 3)

This book looks at major contemporary conflicts —intra and interstate— in Southeast Asia from a conflict management perspective. Starting with the view that the conventional ASEAN conflict-management methods have ceased to be effective, it looks for new conflict-management patterns and trends by investigating seven contemporary cases of conflict in the region. Focusing on the incompatibilities involved in each case and examining how they have been managed—whether by integration, co-existence, elimination or maneuvering around the conflict—the book sheds new light on the significance of managing conflict in achieving and maintaining the stability of the Southeast Asian region. It makes a significant theoretical contribution to the field of peace and conflict studies by proposing the concept of “mediation regime” as the key to understanding current conflict management within ASEAN.