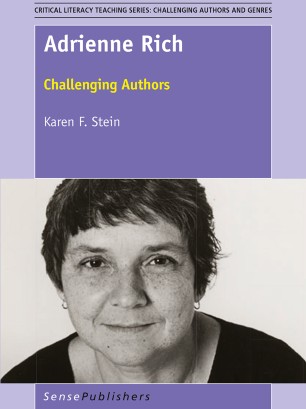 In her six-decade long writing career Adrienne Rich (1929–2012) addressed, with sagacity and probing honesty, most of the significant issues of her lifetime. A poet of finely tuned craft, she won numerous prizes, awards, and honorary degrees, and famously rejected the prestigious National Medal for the Arts in 1997. She wrote twenty-five volumes of poetry and seven non-fiction books as she combined the roles of poet, scholar, theorist, and activist. Rich wrote passionately and powerfully about major 20th and early 21st century concerns such as feminism, racism, sexism, the Vietnam War, Marxism, militarism, the growing income disparities in the U.S., and other social issues. Her works ask important questions about how we should act, and what we should believe. They imagine new ways to deal with the social and political challenges of the twentieth century. Setting her work in the context of her life and American politics and culture during her lifetime, this book explores Rich’s poetic and personal journey from conservative, dutiful follower of cultural and poetic traditions to challenging questioner and critic, from passivity and powerlessness to activist, theorist, and acclaimed “poet of the oppositional imagination.”