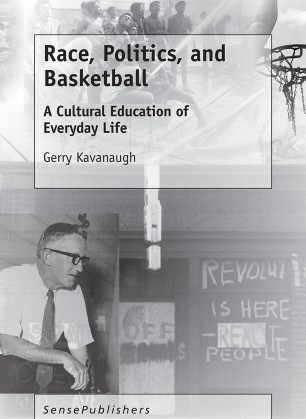 A Cultural Education of Everyday Life

Storytelling is one of the oldest, yet most provocative human art forms. It allows us to learn through the illustration and presentation of events as they happened in real time, through the words of those who participated, allowing the reader to understand and recognize the unvarnished truth. As a means of education and learning, it is innately valuable. Speaking of race and racism, it allows us to underscore our values and principles of social justice. It allows the participants to express their insights and knowledge through their actual experiences. The author has done just that with Race, Politics, and Basketball – a fascinating story of race, racism, politics, education, and inequality in the early 1970s, told through the voices of those who were there, who witnessed it and were a part of it. It provides the juxtaposition of good and decent white kids with an unparalleled mentor who kept them on the straight and narrow, against good and decent Black and Cape Verdean kids who were forced to face the daily forces of inequality and racial unrest each and every day. The summer of 1970 was immensely educational for all who experienced it. The Vietnam War, the civil rights movements, Black Panthers, a long, dreary recession with high unemployment – all explained through the voices of white and Black kids and adults who were there, in New Bedford, Massachusetts, living through it, and navigating the ebbs and fl ows of their daily lives. In the middle of it all, a 17 year old Cape Verdean kid, standing outside a club in the city’s West End, during a period of unrest, was gunned down by three white kids from the suburbs. They didn’t even know him. To top it off, they were all acquitted at trial, despite the fact that the guy who shot the gun confessed to it. The book tells a fascinating story of inequality, race, and politics that can help us understand the struggles that we are still going through today, as we try to understand and reconcile our differences, and treat everyone as equals. Anyone interested in the issue of race and racism in America today should read this story. Gerry Kavanaugh is the Senior Vice Chancellor at the University of Massachusetts Dartmouth. He was the Chief of Staff to Senator Edward M. Kennedy in Washington, DC, and now lives in New Bedford with his wife, Colleen.