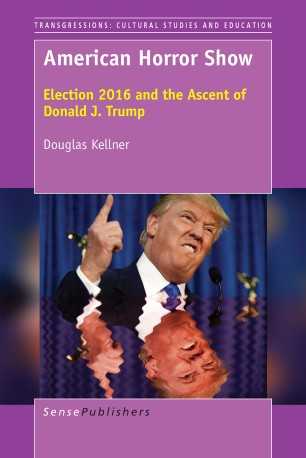 Election 2016 and the Ascent of Donald J. Trump

American Horror Show describes the last weeks of the 2016 election, Trump’s victory, his transition and construction of a scandal-ridden cabinet and administration, to his inaugural speech and the first 30 days of his presidency. The text uses a multidimensional analysis to explain Trump’s victory, including his mobilization of an authoritarian populist movement, the use of fake news to attack Hillary Clinton, the intervention of FBI Director James Comey 11 days before the election, claiming that another investigation of Clinton’s emails was underway, and the intervention of Russian hacking of Democratic Party email and the use of this email against Clinton. Questions are raised concerning relationships between the Russian hacking and attacks against Clinton and members of Trump’s campaign. The remarkable positive remarks from Trump concerning Putin, followed by putting pro-Putin Republicans in key posts of his administration, raise questions about Trump administration relations and connections to Russia. Finally, the first 30 days of Trump’s administration show that he is a rightwing billionaire and militarist who has carried out an extreme rightwing Republican agenda and is not a populist concerned about the working class.