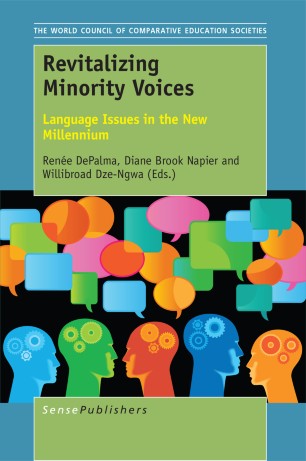 Language Issues in the New Millennium

Whose voices are taken into account in language policy and planning and whose have been ignored or more actively silenced? This is the central question addressed in this book. What are the political and social factors that have helped to create these historical exclusions, in terms of endangerment and loss of traditional languages? What are the global influences on the local landscape of languages and linguistic rights? What are the implications for cultural heritage and identity? In analyzing these questions and reporting on research in an array of countries, the chapter authors also suggest ways forward toward designing more inclusive policies and practices in educational contexts, whether in the context of obligatory schooling or in less formal educational contexts.
UNESCO estimates that at least 43% of the estimated 6000 languages spoken in the world are endangered. Such statistics remind us that the linguistic diversity that characterizes the human condition is a fragile thing, and that certain languages need to be cultivated if they are to survive into the 21st century and beyond. The chapters in this volume originated as presentations at the XV World Congress of Comparative Education Societies (Buenos Aires, Argentina, 2013). They represe
nt several global regions, namely Africa, Asia, Europe, and North America. They provide analyses of language policy and politics at the local, regional, national and transnational levels, grass-roots linguistic revitalization initiatives, and the attitudes of minority and majority speakers toward minoritized languages and cultures and towards intercultural and multilingual education programs.