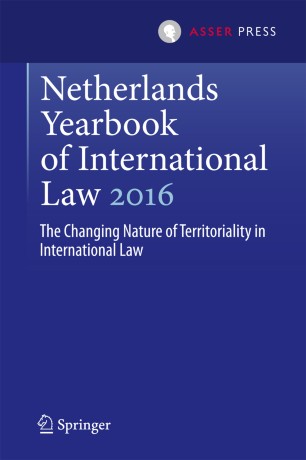 The Changing Nature of Territoriality in International Law

The Netherlands Yearbook of International Law was first published in 1970. It offers a forum for the publication of scholarly articles of a conceptual nature in a varying thematic area of public international law.