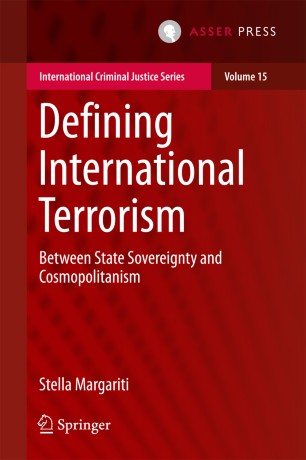 Between State Sovereignty and Cosmopolitanism

This book is an attempt to approach the issue of defining international terrorism, proposing

within which this fight can be conducted.

Discussed in an in-depth manner are, for instance, the UN Charter Provisions, the Rome

Statute and the principle of complementarity, the Kampala amendments on the crime of

aggression, the paradigms of aggression and terrorism, and prominent anti-terrorist

the ‘State sovereignty’ and ‘Cosmopolitanism’ dynamics have also been of relevance

purposes of the Rome Statute for the International Criminal Court. In addition, it

definition for terrorism and suggests an appropriate context within which

such a definition can take shape.

also to anyone with an interest in transnational crime and counter-terrorism.

attained the title of Doctor from the School of Law.