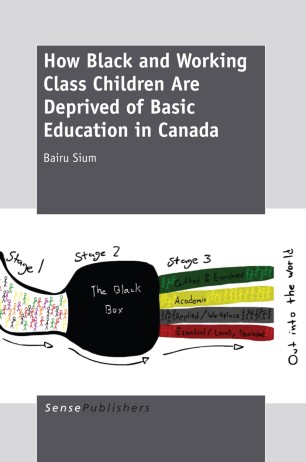 This book is the culmination of twenty-four years of research. It explores the thematic intersections of race, class, immigration, and the potential of building student-centered classrooms. Of course, the building of a truly student-centered is itself a slow and contested process. Over the years, progressive changes towards more inclusive education made by some governments were dismantled by others, and have left disadvantaged children where they were before the study was launched. In the meantime, the system has perfected the process of streaming minority children to dead-end courses that betray the social and economic mobility advertised to them. This book examines the moments and positions of educational betrayal in which racialized and working class students disproportionately find themselves. For many, at that point the only option is to drop out of school and engage in the drug trade or other lifestyles that put them at further risk. This is a longitudinal study of a kind with respect to reform and changes retained in education. It started with eight months observation of a split level grade five and six classroom in September 1986. That was instrumental in identifying the uphill battle that black, working class and new immigrant children and their parents were facing to secure the education they deserved. Through continued reviews, observation and follow up interviews change or lack of it was traced. The results call for urgent overhaul of the way education is provided to all children. The book ends with suggestions to effect change.