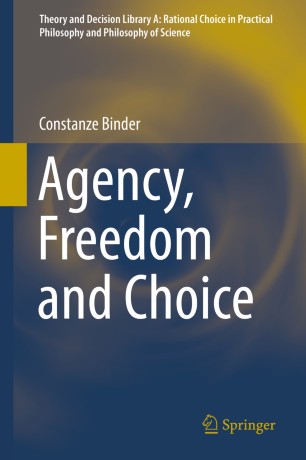 Part of the Theory and Decision Library A: book series (TDLA, volume 53)

In this book, Binder shows that at the heart of the most prominent arguments in favour of value-neutral approaches to overall freedom lies the value freedom has for human agency and development. Far from leading to the adoption of a value-neutral approach, however, ascribing importance to freedom’s agency value requires one to adopt a refined value-based approach. Binder employs an axiomatic framework in order to develop such an approach. She shows that a focus on freedom’s agency value has far reaching consequences for existing results in the freedom ranking literature: it requires one to move beyond a person’s given all-things-considered preferences to the values underlying a person’s preference formation. Furthermore, it requires, as Binder argues, one to account (only) for those differences between choice options which really matter to people.   Binder illustrates the implications of her analysis for the evaluation of public policy and human development with the capability approach: only if sufficient importance is ascribed to freedom’s agency value can the capability approach keep its promises. ​