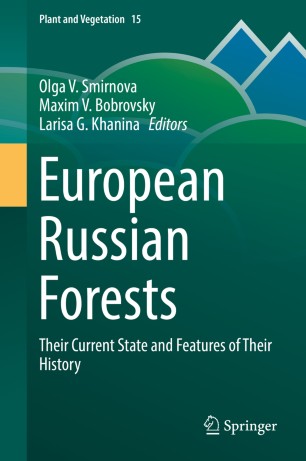 Their Current State and Features of Their History

Part of the Plant and Vegetation book series (PAVE, volume 15)

The book describes the European Russian forests located in the Russian Plain and surrounding areas covering Eastern Karelia, the Kola Peninsula, the Northern, Central and Southern Russian provinces together with the Western Slope of the Ural Mountains. These forests comprise half of the total forested area in Europe and differ from the latter in their naturalness and the absence of intensive forest management in most of the area. The book describes the forests of the boreal, hemiboreal and nemoral forest regions; floodplain forests are also characterized according to their climatic regions. The book presents a classification and description of forest vegetation, soil characteristic and assessments of plant diversity and successional status of forest plant communities. Structure and composition of vegetation in early- and late-successional forests are analyzed with emphasis on forests in State Nature reserves. Features of the historical land-use, such as slash-and-burn, forest cutting, grazing, influence of fires on forest ecosystems, etc. are discussed for each forest region. The book is based on long-term investigations of the vegetation and soil, identifying and analysing forest tracts least disturbed by man, and on studying forest history at local and regional scales. Successional series of plant communities formed after typical anthropogenic impacts have been identified and a hypothesis on the potential forest landscapes and the main causes of their transformations is presented. The book contains an analysis of the general dynamics of the forest cover in European Russia during the last two decades based on satellite image processing. The history of forest landscapes in European Russia is briefly reviewed and it is shown that the main stages of transformation of the European Russian forests in the Holocene were related to the development of the production economy of people.