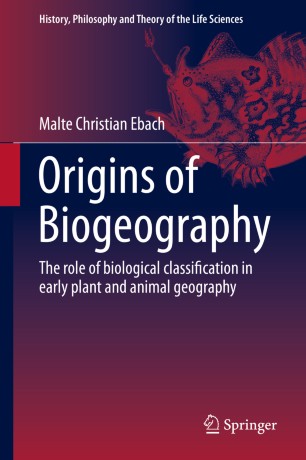 The role of biological classification in early plant and animal geography

Part of the History, Philosophy and Theory of the Life Sciences book series (HPTL, volume 13)

Biogeography is a multidisciplinary field with multiple origins in 19th century taxonomic practice. The Origins of Biogeography presents a revised history of early biogeography and investigates the split in taxonomic practice, between the classification of taxa and the classification of vegetation. This book moves beyond the traditional belief that biogeography is born from a synthesis of Darwin and Wallace and focuses on the important pioneering work of earlier practitioners such as Zimmermann, Stromeyer, de Candolle and Humboldt.

Tracing the academic history of biogeography over the decades and centuries, this book recounts the early schisms in phyto and zoogeography, the shedding of its bonds to taxonomy, its adoption of an ecological framework, and its beginnings at the dawn of the 20th century. This book assesses the contributions of key figures such as Zimmermann, Humboldt and Wallace, and reminds us of the forgotten influence of plant and animal geographers including Stromeyer, Prichard and de Candolle, whose early attempts at classifying animal and plant geography would inform later progress.