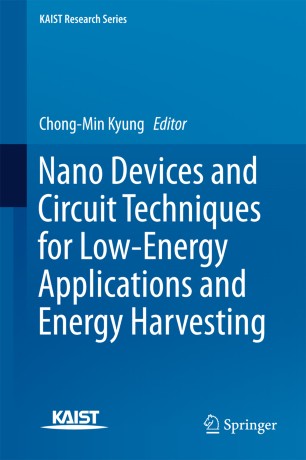 This book describes the development of core technologies to address two of the most challenging issues in research for future IT platform development, namely innovative device design and reduction of energy consumption. Three key devices, the FinFET, the TunnelFET, and the electromechanical nanoswitch are described with extensive details of use for practical applications. Energy issues are also covered in a tutorial fashion from material physics, through device technology, to innovative circuit design. The strength of this book lies in its holistic approach dealing with material trends, state-of-the-art of key devices, new examples of circuits and systems applications.

This is the first of three books based on the Integrated Smart Sensors research project, which describe the development of innovative devices, circuits, and system-level enabling technologies.  The aim of the project was to develop common platforms on which various devices and sensors can be loaded, and to create systems offering significant improvements in information processing speed, energy usage, and size.

The book contains extensive reference lists and with over 200 figures  introduces the reader to the general subject in a tutorial style, also addressing the state-of-the-art,  allowing it to be used as a guide for starting researchers in these fields.

Chong-Min Kyung (Professor, KAIST) received B.S. in Electrical Engineering (EE)  from Seoul National University in 1975, M.S. and Ph.D. in EE from KAIST in 1977 and 1981, respectively. He worked at Bell Telephone Laboratories, Murray Hill during 1981-1983. Since 1983, he has been Professor at the Department of EE at KAIST. He started Center for Integrated Smart Sensors (CISS) in 2011, sponsored as Global Frontier Project by Korean government. He has published over 300 international journal/conference papers on device physics/simulation, CAD, computer graphics, and System-on-a-Chip design including RISC/CISC microprocessors, VLIW and reconfigurable DSP cores, and video CODEC.

He has led, as Founding Director, IDEC (IC Design Education Center) during 1995-2011. He received Best Paper Awards in numerous international conferences including ASP-DAC 1997 and 1998, DAC in 2000, ICSPAT in 1999, ICCD in 1999, ISOCC in 2009, and ISQED in 2014. He is a member of National Academy of Engineering Korea, and Korean Academy of Science and Technology, and IEEE Fellow.