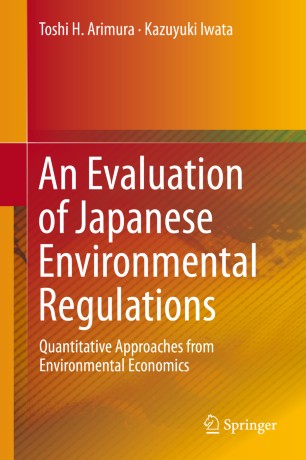 An Evaluation of Japanese Environmental Regulations

Focusing on air pollution, energy efficiency and climate change, this book provides a unique introduction to Japan’s environmental policies and regulations, and offers economic analyses and RIAs (Regulatory Impact Analysis) of environmental regulations implemented or planned by the national and local governments.

The book reviews environmental economics and outlines the current status of RIAs in Japan, and it analyzes the NOx-PM Act, which prohibits the use of old and polluting vehicles in metropolitan areas. It also examines a Tokyo metropolitan government regulation which requires installation of pollution control equipment in older trucks that fail to meet emission standards. The impact of the NOx-PM Act on the used car market and used vehicle exports, are traced. An economic analysis of a highway toll reduction is also presented, revealing an unexpected negative social impact: it increased traffic congestion and associated environmental problems.

Furthermore it addresses policies and regulations related to energy efficiency and climate change; it evaluates the effectiveness of Japan’s Energy Conservation Act, originally introduced in 1979 and amended numerous times to address climate change. The impact of a proposed economy-wide carbon tax, using input-output analysis to assess short-term economic impacts in each sector is anticipated as well. Also presented here is an examination of the effectiveness of a reduced carbon tax for energy-intensive industries, with a discussion of the impact of the proposal on households. Finally the book discusses the role and limitations of economic models for evaluating Japan’s mid-term GHG (Greenhouse Gas) emission target during the post-Kyoto period.

This is the first book to evaluate Japanese environmental policies from an economic perspective, using a variety of current quantitative approaches. Its findings and suggestions will benefit students, policy makers and government officials in developing and developed countries where the public faces similar environmental problems.