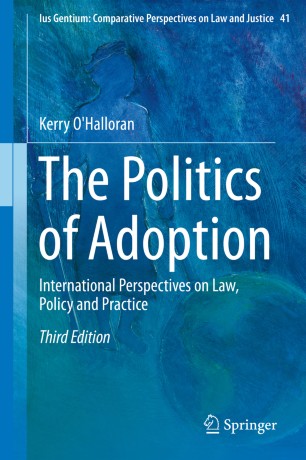 The Politics of Adoption

This book explains, compares and evaluates the social and legal functions of adoption within a range of selected jurisdictions and on an international basis. It updates and extends the second edition published by Springer in 2009. From a standpoint of the development of adoption in England & Wales, and the changes currently taking place there, it considers the process as it has evolved in other countries. It identifies themes of commonality and difference in the experience of adoption in a common law context as compared and contrasted with that of other countries. It looks at adoption in France, Sweden and other civil law countries, as well as Japan and elsewhere in Asia, including a focus on Islamic adoption. It examines the experience of indigenous people in New Zealand and Australia, contrasting the highly regulated legal process of modern western society with the traditional practice of indigenous communities such as the Maori. A new chapter studies adoption in China. The book uses the international Conventions and associated ECtHR case law to benchmark developments in national law, policy and practice and to facilitate a cross-cultural comparative analysis.