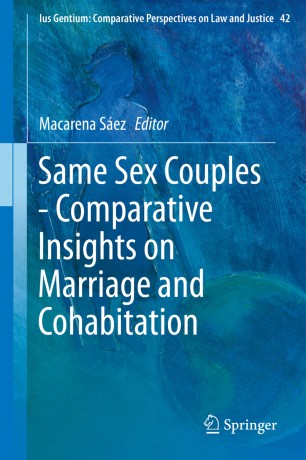 This book shows six different realities of same-sex families. They range from full recognition of same-sex marriage to full invisibility of gay and lesbian individuals and their families. The broad spectrum of experiences presented in this book share some commonalities: in all of them legal scholars and civil society are moving legal boundaries or thinking of spaces within rigid legal systems for same-sex families to function. In all of them there have been legal claims to recognize the existence of same-sex families. The difference between them lies in the response of courts. Regardless of the type of legal system, when courts have viewed claims of same-sex couples and their families as problems of individual rights, they have responded with a constitutional narrative protecting same-sex couples and their families. When courts respond to these claims with rigid concepts of what a family is and what marriage is as if legal concepts where unmodifiable, same-sex couples have remained outside the protection of the law.

Until forty years ago marriage was the only union considered legitimate to form a family. Today more than 30 countries have granted rights to same sex couples, including several that have opened up marriage to couples of the same sex. Every day there is a new bill being discussed or a new claim being brought to courts seeking formal recognition of same sex couples. Not all countries are open to changing their legal structures to accommodate same-sex couples, but even those with no visible changes are witnessing new voices in their communities challenging the status quo and envisioning more flexible legal systems.