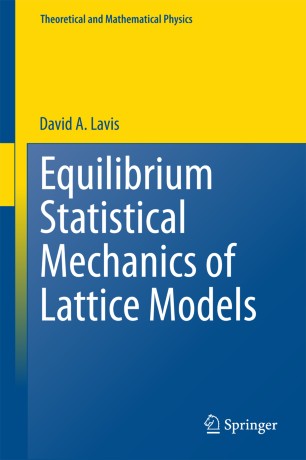 Most interesting and difficult problems in equilibrium statistical mechanics concern models which exhibit phase transitions. For graduate students and more experienced researchers this book provides an invaluable reference source of approximate and exact solutions for a comprehensive range of such models. Part I contains background material on classical thermodynamics and statistical mechanics, together with a classification and survey of lattice models. The geometry of phase transitions is described and scaling theory is used to introduce critical exponents and scaling laws. An introduction is given to finite-size scaling, conformal invariance and Schramm—Loewner evolution. Part II contains accounts of classical mean-field methods. The parallels between Landau expansions and catastrophe theory are discussed and Ginzburg—Landau theory is introduced. The extension of mean-field theory to higher-orders is explored using the Kikuchi—Hijmans—De Boer hierarchy of approximations. In Part III the use of algebraic, transformation and decoration methods to obtain exact system information is considered. This is followed by an account of the use of transfer matrices for the location of incipient phase transitions in one-dimensionally infinite models and for exact solutions for two-dimensionally infinite systems. The latter is applied to a general analysis of eight-vertex models yielding as special cases the two-dimensional Ising model and the six-vertex model. The treatment of exact results ends with a discussion of dimer models. In Part IV series methods and real-space renormalization group transformations are discussed. The use of the De Neef—Enting finite-lattice method is described in detail and applied to the derivation of series for a number of model systems, in particular for the Potts model. The use of Padé, differential and algebraic approximants to locate and analyze second- and first-order transitions is described. The realization of the ideas of scaling theory by the renormalization group is presented together with treatments of various approximation schemes including phenomenological renormalization. Part V of the book contains a collection of mathematical appendices intended to minimise the need to refer to other mathematical sources.