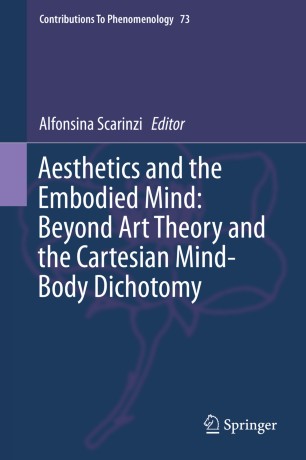 Aesthetics and the Embodied Mind: Beyond Art Theory and the Cartesian Mind-Body Dichotomy

Part of the Contributions To Phenomenology book series (CTPH, volume 73)

The project of naturalizing human consciousness/experience has made great technical strides (e.g., in mapping areas of brain activity), but has been hampered in many cases by its uncritical reliance on a dualistic “Cartesian” paradigm (though as some of the authors in the collection point out, assumptions drawn from Plato and from Kant also play a role). The present volume proposes a version of naturalism in aesthetics drawn from American pragmatism (above all from Dewey, but also from James and Peirce)—one primed from the start to see human beings not only as embodied, but as inseparable from the environment they interact with—and provides a forum for authors from diverse disciplines to address specific scientific and philosophical issues within the anti-dualistic  framework considering aesthetic experience as a process of embodied meaning-making. Cross-disciplinary contributions come from leading researchers including Mark Johnson, Jim Garrison, Daniel D. Hutto, John T. Haworth, Luca F. Ticini, Beatriz Calvo-Merino.