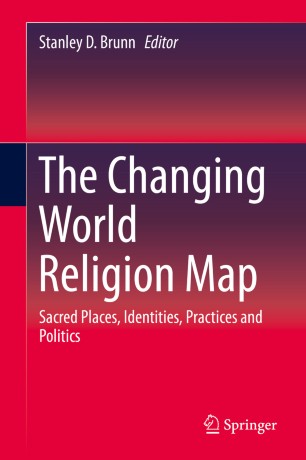 This extensive work explores the changing world of religions, faiths and practices. It discusses a broad range of issues and phenomena that are related to religion, including nature, ethics, secularization, gender and identity. Broadening the context, it studies the interrelation between religion and other fields, including education, business, economics and law. The book presents a vast array of examples to illustrate the changes that have taken place and have led to a new world map of religions.

Beginning with an introduction of the concept of the “changing world religion map”, the book first focuses on nature, ethics and the environment. It examines humankind’s eternal search for the sacred, and discusses the emergence of “green” religion as a theme that cuts across many faiths. Next, the book turns to the theme of the pilgrimage, illustrated by many examples from all parts of the world. In its discussion of the interrelation between religion and education, it looks at the role of missionary movements. It explains the relationship between religion, business, economics and law by means of a discussion of legal and moral frameworks, and the financial and business issues of religious organizations. The next part of the book explores the many “new faces” that are part of the religious landscape and culture of the Global North (Europe, Russia, Australia and New Zealand, the U.S. and Canada) and the Global South (Latin America, Africa and Asia). It does so by looking at specific population movements, diasporas, and the impact of globalization. The volume next turns to secularization as both a phenomenon occurring in the Global religious North, and as an emerging and distinguishing feature in the metropolitan, cosmopolitan and gateway cities and regions in the Global South. The final part of the book explores the changing world of religion in regards to gender and identity issues, the political/religious nexus, and the new worlds associated with the virtual technologies and visual media.