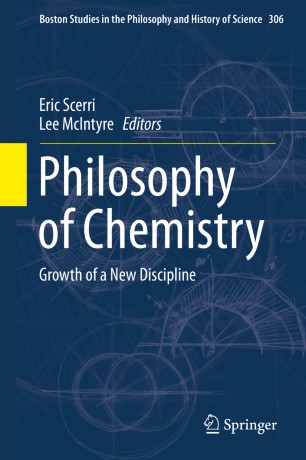 Growth of a New Discipline

Part of the Boston Studies in the Philosophy and History of Science book series (BSPS, volume 306)

This volume follows the earlier successful book in the same series, which helped to introduce and spread the Philosophy of Chemistry to a wider audience of philosophers, historians, and science educators, as well as chemists, physicists and biologists. The introduction summarizes the way in which the field has developed in the ten years since the previous volume was conceived and introduces several new authors who did not contribute to the earlier book. The editors are well placed to assemble this book, as they are the editor in chief and deputy editors of the leading academic journal in the field, Foundations of Chemistry. The philosophy of chemistry remains a somewhat neglected field, unlike the philosophy of physics and the philosophy of biology. Why there has been little philosophical attention to the central discipline of chemistry among the three natural sciences is a theme that is explored by several of the contributors. This volume will do a great deal to redress this imbalance. Among the themes covered is the question of reduction of chemistry to physics, the reduction of biology to chemistry, whether true chemical laws exist and causality in chemistry. In addition more general questions of the nature of organic chemistry, biochemistry and chemical synthesis are examined by specialist in these areas.