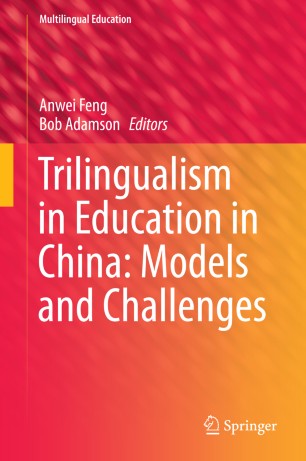 Trilingualism in Education in China: Models and Challenges

This book examines language policies and practices in schools in regions of China populated by indigenous minority groups. It focuses on models of trilingual education, i.e. education in the home language, Putonghua (Mandarin Chinese, the national language), and English (the main foreign language). Special attention is given to the study of the vitality of the minority home language in each region and issues relating to and the effects of the teaching and learning of the minority home language on minority students’ acquisition of Mandarin Chinese and English and on their school performance in general. The book also examines the case of Cantonese in Guangdong, where the local Chinese ‘dialect’ is strong but distant from the mainstream language, Putonghua.  It takes a new approach to researching sociolinguistic phenomena, and presents a new methodology that emerged from studies of bi/trilingualism in European societies and was then tailored to the trilingual context in China. The methodology encompasses policy analysis and community language profiles, as well as school-based fieldwork, and provides rich data that facilitate multilevel analysis of policy-in-context.