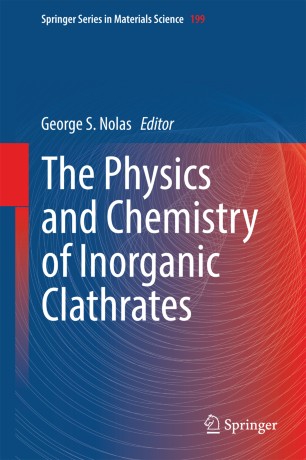 The Physics and Chemistry of Inorganic Clathrates

The chemistry and physics of group 14 elements such as silicon and germanium have been extensively studied, largely due to their fundamental importance in the development of semiconductor electronics. In addition, crystalline open-framework and nano-porous materials are attracting increasing attention for their potential technological applications. Inorganic open-framework materials comprised of group 14 elements crystallizing in crystal structures known as clathrates are of particular interest. These materials correspond to expanded forms, and in some cases metastable allotropes, of silicon, germanium and tin. The novel crystal structures these materials possess are intimately related to the unique physical properties they exhibit. Just as interesting as the structure and properties group 14 clathrates display is the diverse range of synthetic techniques developed to synthesize and grow single crystals of these materials. This volume will encompass many of these aspects and describe their potential for important technological applications.

Professor George Nolas is the head of the Novel Materials Laboratory at the USF Department of Physics. His research is funded by the Department of Energy - Basic Energy Sciences, Department of Energy - Energy Efficiency and Renewable Energy, Army Medical Research and Materiel Command, General Motors Corp., National Science Foundation, Office of Naval Research, NASA Jet Propulsion Laboratory and American Chemical Society Petroleum Research Fund.
He has been the organizer of many conferences and symposia, often in the frameworks of the APS and MRS.
He has a number of awards to his name, including:
2007 Jerome Krivanek Distinguished Teacher Award
2007 USF Doctoral Student and Faculty Mentor Publication Award (2 awards received)
2004-2005 University of South Florida Outstanding Undergraduate Teaching Award
2002 University of South Florida Presidential Young Faculty Award.

Besides writing a book on thermoelectrics published by Springer in 2001, which is considered the foremost textbook in the field, he published 4 edited volumes; 8 review articles; 80 journal articles. He has several U.S. patents issued.