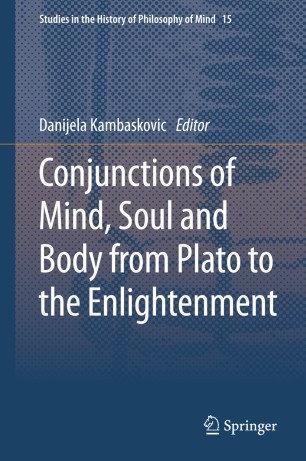 Conjunctions of Mind, Soul and Body from Plato to the Enlightenment

Part of the Studies in the History of Philosophy of Mind book series (SHPM, volume 15)

This book examines the nexus between the corporeal, emotional, spiritual and intellectual aspects of human life as represented in the writing of the Middle Ages and the Renaissance. Authors from different fields examine not only the question of the body and soul (or body and mind) but also how this question fits into a broader framework in the medieval and early modern period. Concepts such as gender and society, morality, sexuality, theological precepts and medical knowledge are a part of this broader framework.

This discussion of ideas draws from over two thousand years of Western thought: from Plato in the fifth century BC and the fourth century Byzantine dialogues on the soul, to the philosophical and medical writings of the early 1700s.

There are four sections to this book: each section is based on where the authors have found a conjunction between the body and mind/soul. The work begins with a section on text and self-perception, which focuses on creative output from the period. The second conjunction is human emotions which are described in their social contexts. The third is sex, where the human body and mind are traditionally believed to meet. The fourth section, Material Souls, engages with bodies and other material aspects of existence perceived, studied or utilised as material signs of emotional and spiritual activity.