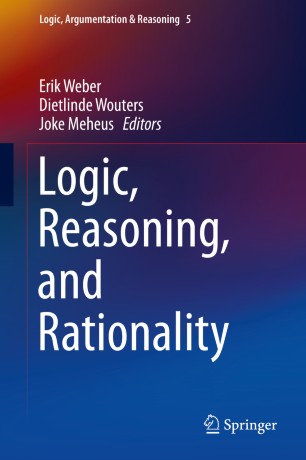 This book contains a selection of the papers presented at the Logic, Reasoning and Rationality 2010 conference (LRR10) in Ghent. The conference aimed at stimulating the use of formal frameworks to explicate concrete cases of human reasoning, and conversely, to challenge scholars in formal studies by presenting them with interesting new cases of actual reasoning.

According to the members of the Wiener Kreis, there was a strong connection between logic, reasoning, and rationality and that human reasoning is rational in so far as it is based on (classical) logic. Later, this belief came under attack and logic was deemed inadequate to explicate actual cases of human reasoning. Today, there is a growing interest in reconnecting logic, reasoning and rationality. A central motor for this change was the development of non-classical logics and non-classical formal frameworks.

The book contains contributions in various non-classical formal frameworks, case studies that enhance our apprehension of concrete reasoning patterns, and studies of the philosophical implications for our understanding of the notions of rationality.